Say hi to the newest member of our family... a lovely house cow who is named Abby!

She was named by her previous owners and knows her name so we won't change it. It is a little confusing, since my oldest sister's name is also Abbie. Pronounced the same way, spelt differently as you can see.

She's so good when we milk her and stands patiently. We're still learning and it takes quite a while but it's so nice to have lots of milk and cream from our own cow! 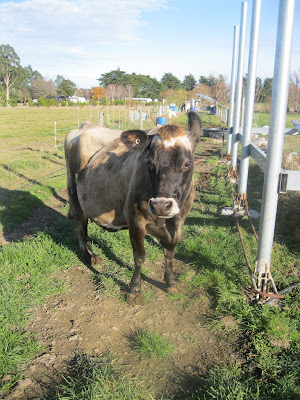 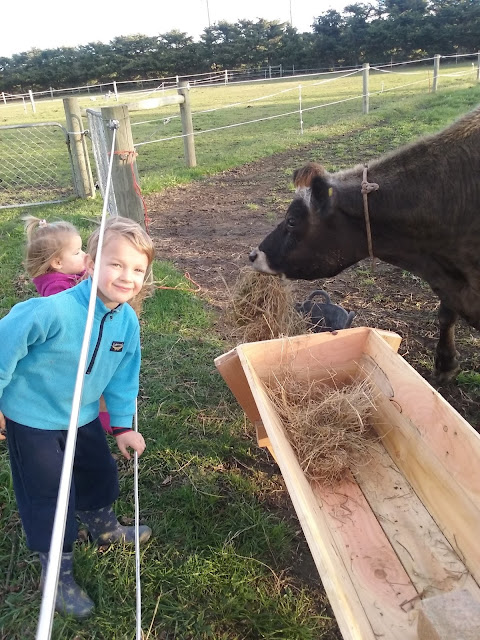 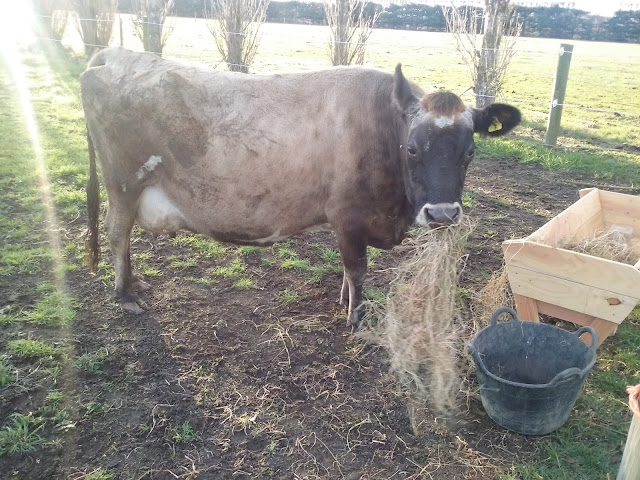 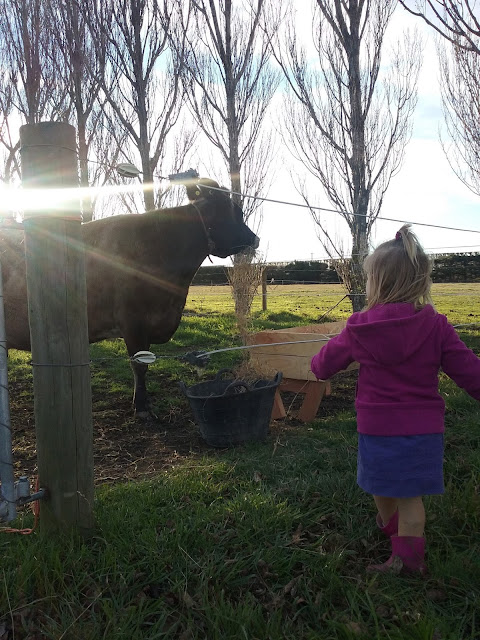 When I first posted this, my post ended here. However, the first commenter was Ashley who asked if I could post a video of someone milking her. Today's milking team was Danella, Ben, Johnny and Lydia. They happened to be milking when I read Ashley's comment so I went out and took a super quick video of them milking which I have embedded below. They had been milking for a while so the milk wasn't coming out as fast as it was at the start. They were also getting tired so switched with each other a bit.

Hope you enjoy it! Sorry for my cellphone's bad quality. There's also a bit of chatter in the background.