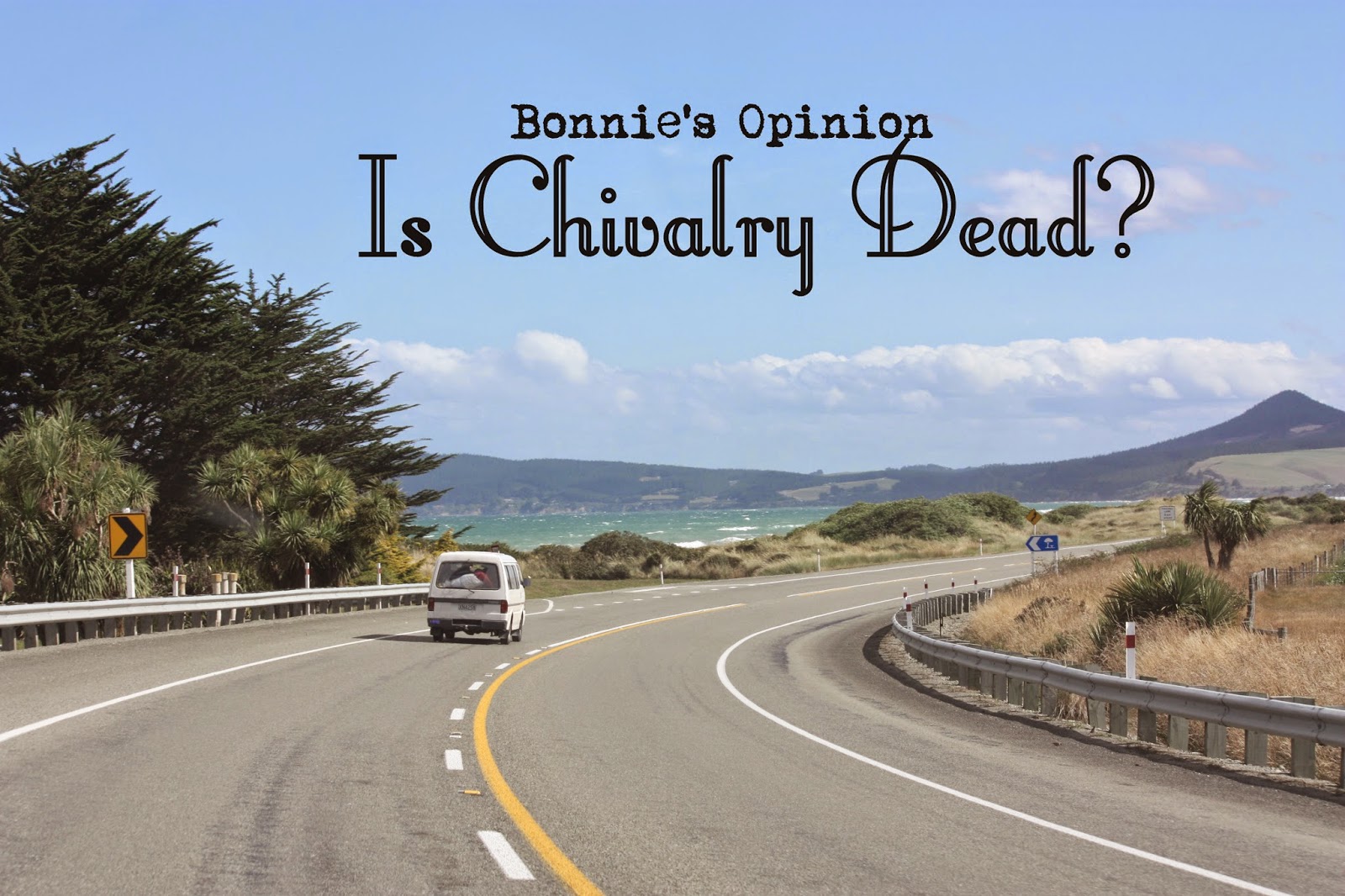 Photo taken by Abbie, our van on the road to Dunedin

I have been on crowded buses many times.

But there was one time that stands out for me and will continue to do so.

I got on to the bus, scanned my bus card and discovered that the bus was Full with a capital F. It was so full there was hardly any standing room. I sort of pushed my way over to a spot where there was a bit of room and hung on to the handrail. Then I heard a voice beside me.

"Here, have my seat." It was a middle aged gentleman who was speaking. He picked up his bag and offered me his seat. I thanked him very much and sat down, grateful to be able to sit down after a busy day on my feet at work.

That was the only time I've ever been offered a seat on a crowded bus. And I will always remember it. It was unexpected, special, a sweet thing for that gentleman to do.

I feel like chivalry used to be something that was the social norm.

Little things like rising to your feet when in the presence of an elderly person. Like the man noticing the lady is carrying something heavy and quietly taking it off her. Like anyone going into a building to hold the door open for those following them. And getting into a car, the man first going around and opening the lady's door for her (it's not all on the man's part - the lady should then reciprocate by reaching over and unlocking his door for him).

Why have those things now become the exception, not the norm?

It's due to several factors, I think.

1. Feminism ("I am perfectly strong enough to hold my door open for myself, thank you very much.") on the part of the lady
2. The rise of selfishness in this generation (The man wants his coat because he's cold. Why should he give it to the lady?)
3. Lack of training (Boys don't grow up with the example of a father who acts gentlemanly towards their mother, so they don't know that's what they should be doing)
4. The ladies who aren't feminists and opposed to the idea, not really getting on board and showing appreciation for chivalry so the man thinks she doesn't care

There are probably more reasons. And I'm sure you get the idea. :)

Remember above when I talked about being given a seat on a crowded bus? It made my day. I felt so special. I didn't feel degraded or that the gentleman who offered his seat was doing it because I was weaker or anything like that. I felt very grateful that I could sit down. I also felt respect for that gentleman.

Gentlemen, being chivalrous not only makes us feel special, it makes us respect you more.

Ladies, let's not treat chivalry as something to tolerate or train our men not to do!

That's my opinion on the subject. What do you think?
Is chivalry dead?