Awkward:
- When you are in the middle of doing something and someone calls you away. When you eventually finish what it is you were asked to do, you go back to what you had been doing, and find that you have completely lost your train of thought and must start again.
- Dad talking to one of my lovely siblings: "I think you only close your mouth long enough to figure out which foot to put back in."
- When you are out and about, and a random stranger comes up to you and starts chatting nineteen to the dozen because they have mistaken you for their long lost friend.
- When someone else does something very awkward and it becomes awkward for you, too, very fast, because you don't know what to say.
- Doing a pun battle with Danella about pears. Both of us absolutely running out of puns so getting desperate. Me: "Ap-pear-antly". Danella (busily making up her own rules here): "Coherently". Me: "What? That's not a pun!" Danella: "It rhymes, so that counts."
- When you get told of something that one of your little siblings said when you weren't there... *facepalm*
- Trying to find out someone's phone number. Ringing various random people who you think might possibly know it and finding no one actually knows it! Eventually you ring the right person who knows the phone number. After about seven tries. It appears they don't have a normal landline.
- When your youngest sister's favourite toy is a red onion. Every time she discovers the pantry door open, she immediately goes straight for the red onions and spends ages sucking them. Go figure. :P
- Mucking out Abbie's horse paddock for her, when the horses go over to the wheelbarrow and start sniffing at the sacks and baling twine. Abbie yells out at them, "Curiosity killed the cat!"


Awesome:
- Exciting new opportunities.
- Chocolate cheesecake.
- Being involved in the planning of a camp. It's fascinating to see what goes on behind the scenes and what has to happen before camp happens. I'm very much enjoying it.
- After you've finished spending hours bottling pears. Seeing all the preserving jars cooling on the bench afterwards. Such a satisfying thing to see.
- Birthday celebrations in the Smithies household. We have this tradition of taking turns going around the table after the birthday tea (and cake, of course!) and doing what we call "Birthday Blessings", where everyone (even the littlest children) prays a special prayer for the birthday person.
- Our new swing. It's so nice to sit in the shade in the evenings and swing or to sit there reading a book (although I've found if I read there too long I feel a bit motion sick - lol!). It is a great investment. I love swings. :) 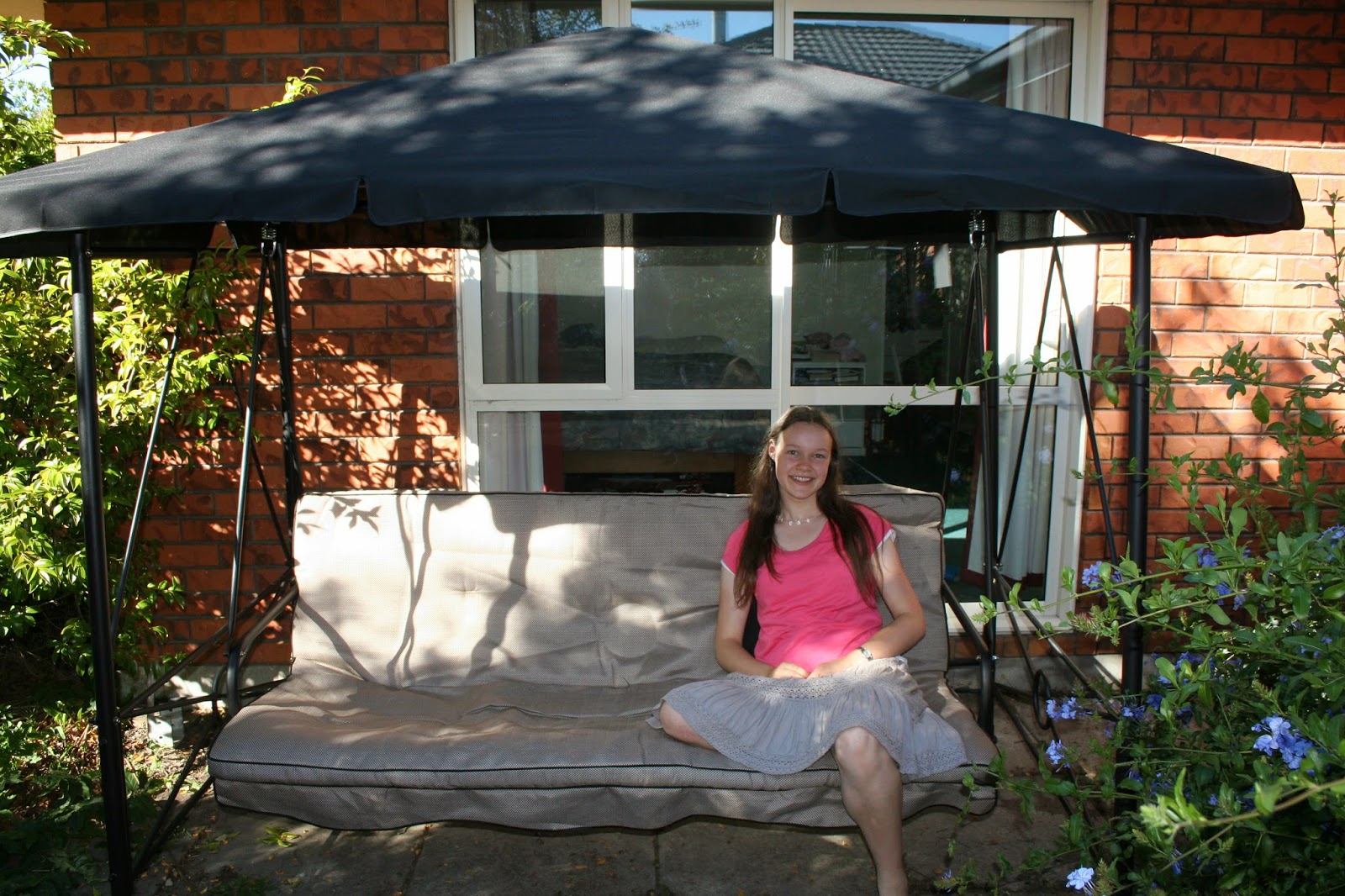 - When you're practicing a piece with the orchestra and you just know it's going beautifully. After it's over the conductor absolutely beams at everyone.
- When Abbie's cast for her arm comes off and the doctor tells her that the best thing for her to do to get her arm up to strength again is to wash dishes. :) :P
- When you finish memorising the whole of Psalm 139 and it only took you five days to memorise it all. A very nice feeling indeed.
- When the blackboy peaches and golden queens start to ripen.


Are you into pun battles?
What traditions does your family have?
Do you memorise Scripture?