The One Who Stopped

I thought it might be cool to share what I wrote for a writing competition. The task was to 'rewrite a parable in a modern day context'.

So here's my entry that I thought you may like to read. It's called 'The One Who Stopped' and it's my version of The Good Samaritan parable, found in the Bible in Luke 10:25-37.


The One Who Stopped


Meet Michael. He’s a nice man who goes to a popular Church with a nice car, a big house, a lovely wife and three cute kids. On this particular day he was driving down the open road on his way to a work meeting when all of a sudden his car engine sputtered and stopped.

“That’s funny,” Michael thought. He manoeuvred his car over to the shoulder of the road, put up the bonnet and tried to find what the problem was. He couldn’t. Frustrated, he stood by the side of the road and pulled out his cell phone. It didn’t work. Oh bother! He had forgotten to charge the battery the evening before.

Suddenly he saw someone in a bright red car carefully going exactly 100 km/hr. It was the Pastor from Church. “Aha!” thought Michael. “Kevin will help me.” So, he stood by the side of the road and waved his arms at Kevin… but Kevin kept right on going past without even looking at him.

Michael was extremely hurt and disappointed by this, but he didn’t have much time to meditate on Kevin’s unhelpfulness because he had spotted Pete the worship leader from Church about to pass him in his two year old Ferrari. Michael waved his arms again and even jumped back in his car and tooted his horn at Pete… but Pete gave him an uninterested sidelong glance and continued on his way.

Michael was rather surprised at Kevin and Pete’s behaviour. Nevertheless, now he was really late. He started waving his arms at all the passing cars. All of a sudden, one did stop and when Michael saw who was driving it, he nearly fell over backwards.

It was Adrian, a nineteen year old ne’er do well who had piercings and tattoos in both the usual and some extremely unusual places on his body and a lot of problems besides.

Adrian leaned out of his beat up Volkswagon. “What’s up, bro?” he hollered. Michael informed him of the problem and Adrian came and tinkered with the engine a bit. “There we go, that should fix it for the meantime. Take the car to a garage, tell ‘em Adrian sent you and they'll stick it on my account.” 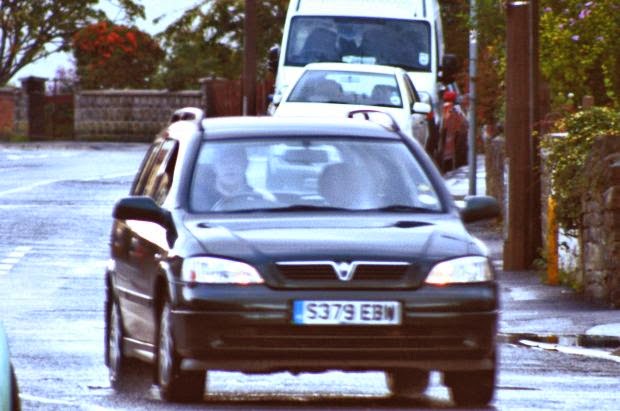 Which of these three do you think was the neighbour to Michael?

Now go and do likewise.