The following is the main script of a devotion I wrote and presented to the leaders at kid's camp a few weeks ago. 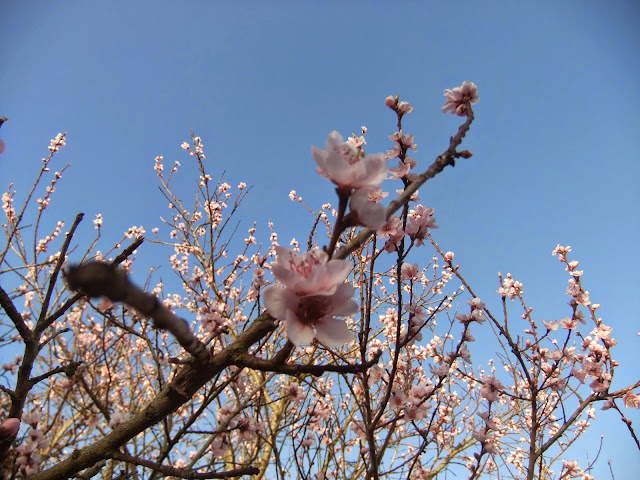 (Photo taken by me two years ago)

I'd like to begin by asking you all a question.

That's not just a verse that applies to artists. (:P) That's to all of us. God longs for us to come near to him. He wants a deep and meaningful relationship with us. He wants us to walk closely with him, coming ever nearer. But we must make the first steps. And if we want something, we must work at it.

The first thing you need if you want something is to know exactly where we're going. There needs to be a vision.

If you're baking a cake and you just randomly chuck in all sorts all of ingredients without knowing in your mind what you want your finished product to look like, it's going to be a complete failure. Chucking in random ingredients will not make a cake. You've got to have a vision of what it is you want - and then you need to start heading in that direction.

Because if you want to go deeper in your relationship with God, that requires time -prayer, thought and the reading and studying of His word. Which will not happen unless you purposefully make it happen.

Vision is more powerful than avoidance. You could live so you avoid the mistakes of your past. That would help you live so you don't repeat your mistakes. But you could also live with a plan for the future. And that, I believe, is way more powerful. Yes, we need to learn from our mistakes. But if there's a constant looking behind us, we won't be able to see what's in front! And so we'll just fall into new potholes. We need to look ahead and have a vision for where we're going.

Dan 2:26-28
The king asked Daniel (also called Belteshazzar), “Are you able to tell me what I saw in my dream and interpret it?”
Daniel replied, “No wise man, enchanter, magician or diviner can explain to the king the mystery he has asked about, but there is a God in heaven who reveals mysteries. He has shown King Nebuchadnezzar what will happen in days to come. Your dream and the visions that passed through your mind as you were lying in bed are these.....

I want to draw your attention to a certain part of this passage.

Daniel replied, “No wise man, enchanter, magician or diviner can explain to the king the mystery he has asked about, but there is a God in heaven who reveals mysteries

No one can explain to the king the mystery... but God can.

It would have been really easy for Daniel to have taken some (or all) of the credit in explaining the king's dream. But Daniel told the king who it really was who revealed dreams. He gave God the glory, even when it wouldn't have been easy. Being a God follower in Babylonian times was not the popular thing to do. But Daniel gave God the glory. And so should we.

Always give God glory - when we honour God, he anoints us with more.

Just having a vision for life can be a bit self centred. But we need to always point ourselves and others back to God, who is the one who is calling us towards Him anyway!

The last thing I want to mention is the importance of obedience.

If we profess to live a Christian life, and we don’t follow it through with obedience then we’re a hypocrite.

James 2:14
What good is it, my brothers and sisters, if someone claims to have faith but has no deeds? Can such faith save them?

We can't live a life of sin and expect it not to matter. Sin was such a big problem and it mattered so much that God had to send his only son to fix it!

We must live our lives in obedience to God and His commands.
Here's something interesting to ponder.

*changes subject*
A big happy birthday to my sweet little sister, Jana, who is turning two on the 3rd of February!! (Wow, two! I can hardly believe it! Those two years just flew by.)

May you be blessed today! :)