We are now in the 4th month of the year. Although I'm super busy right now, I've been trying to save a little squidge of time in my week for reading (this is generally latish in the day on Sunday or else in my lunch break at work). Books are amazing and if you don't read you're missing out! :)


Books I've read in the last few months for the first time:

Non fiction:
- Love without Limits by Nick Vujicic
- My Heart is a Violin by Shony Alex Braun with Emily Cavins
- Devil at my Heels by Louis Zamperini
- Call the Midwife by Jennifer Worth
- Face to Face with Jesus by Samaa Habib
- No Compromise by Melody Green
- Surprised by Joy by C. S. Lewis

Fiction:
- The Hidden Hand and The Perils of Capitola by E. D. E. N. Southworth
- The Princess and I by Rebekah Eddy
- Multiple Agatha Christie titles
- The Shack by William P. Young
- The Mysterious Benedict Society and the Prisoner's Dilemma by Trenton Lee Stewart
- Death Comes to Pemberley by P. D. James
- The Help by Kathryn Stockett

Christian living:
- A- Z of Truth by Val Stares
- The Power of Motherhood by Nancy Campbell
- Dancing With My Father by Sally Clarkson

So as you can see there's quite a variety of books! :) I'm currently reading Be Still My Soul by Elizabeth Elliot and looking forward to starting Hospital by the River by Dr Catherine Hamlin.

All the books I listed were a worthwhile read. I would like to focus in on a couple of them, though, just to talk about them a little more and give you a mini review. Just in case you're looking for a new book to read! 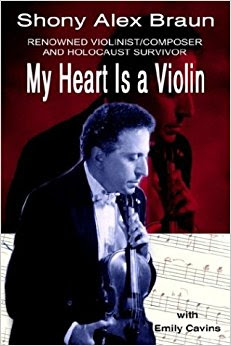 This is a Holocaust book. It tells the story of the author, Shony Alex Braun, and some of the things that happened to him throughout his life and violin career. He ended up in a concentration camp at one point for a long period of time and had some incredible things happen to him.
I loved the fact that although the book told of some very dark times in the author's life, there was a golden thread of hope running throughout. It was a fascinating read.
I have never read many Holocaust stories but definitely enjoyed this one. Loved all the violin talk through it as well since I play the violin!

(Not recommended if you wouldn't be comfortable reading about some of the things that happened in the second World War.)


The Shack
by William P. Young 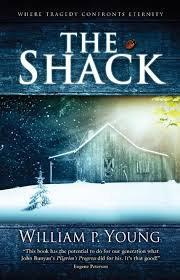 This is an extremely controversial book. It came out a few years ago but has gathered up a bit of controversy recently since a movie based on the book has just come out!
I picked up the book since I've heard so many conflicting things about it and wanted to find out for myself what it says.
It tells the fictional story of a guy named Mack who suffers a family tragedy and spirals into a deep depression that causes him to question his beliefs. Facing a faith crisis, he ends up encountering three strangers led by a woman named Papa who are, in the book, God, Jesus and the Holy Spirit. Mack learns some things through his encounters with the Godhead in the shack that change his life.
There are definitely some great things in The Shack. I especially love how suffering is explained and portrayed. I feel like it could be quite a helpful book for someone who has gone through some tough times and questioned where God is in suffering.
However, I don't like many things about it.
The biggest thing for me is that I don't feel God's perfect justice and abhorrence of evil was displayed in harmony with His perfect love. Both of those two qualities exist in God, you only have to read the Bible to see that. Yet only His love was portrayed in The Shack, and His abhorrence of evil and neccessary wrath and justice was explained away as "some people's false views of God".
One of the other controversial aspects of the book is that God is initially portrayed as a woman. There is a reason the author does this but I don't think making God a woman in a book is very Biblical.

If you read this book, it is important to remember that it is a fictional work. Like I said, I think it might be helpful for some, and I did find it extremely interesting to read, but I won't be watching the movie and wouldn't recommend the book to others. 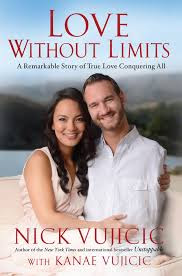 Love Without Limits is a fascinating non fiction read. The author, Nick Vujicic, is a famous motivational speaker who doesn't have any arms or legs. The book tells the story of how he met his lovely wife, Kanae, fell in love with, and married her.
It was so interesting reading about love and relationships from the perspective of someone like Nick! He tells of his experiences (there are lots of hilarious moments in it - like when he knew he liked Kanae, but Kanae and her sister thought he liked Kanae's sister... so as you can imagine that made things interesting!) and along the way includes many little nuggets of advice for those thinking about relationships, in relationships, married, or with children. So there really is pretty much something for everyone.
Highly recommended. 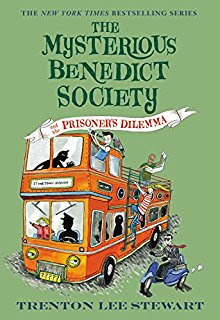 I requested this book from our local library because I had had the first book in the series recommended to me. Unfortunately our library doesn't have the first two in the series so I'm contenting myself with the third (which sadly apparently is the worst of the three!).
Anyway, if this book is the worst, it says a lot for the other two!! I LOVED this one!
This book is a light-hearted masterpiece full of spies, humor, and good-natured fun.

The characters and the events of the plot come together in themes of friendship, bravery, teamwork, and doing the right thing no matter what. The characters are extremely well developed. They have fears and weaknesses just like everyone.
There aren't too many books that make you want to get in there and participate in the story along with the characters. This book made me want to do just that.
It's kind of written like an older children's story - my brother Ben who is 14 really enjoyed it - but I definitely loved it.
Not sure whether that says more about me or about the book, but look, you'll love it no matter your age. 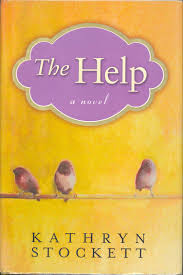 The Help was written in 2009 but it's written like it could be a classic from decades ago. It tells the story of coloured 'help' who work for white women. 12 black maids are persuaded to tell their stories of prejudice and what it's like working for white ladies, in a book written by a young lady whose eyes are opened to what's really going on in society.
In the story, the book becomes a powerful force in giving a voice to the black maids and causes the community of Jackson, Mississippi to reconsider the carefully drawn lines between white and black.
It's a great book. It's funny in places, witty in places, and in others makes you think. I really enjoyed it.
If you're keen on accurate and well done historical novels, go for this one!

And there ends my thoughts on these five books. Are you adding any to your 'to be read' list? Anything you've read recently you would recommend or wouldn't recommend?
Let's discuss!