My awkward and awesome posts are the most popular of anything I post. Ever! It always stuns me and I wonder why that is. I still haven't quite figured it out. But obviously you guys like them, so who am I to argue?! I'll keep them coming. :)

Awkward:
- Biking along to work when all of a sudden you feel a crawling sensation on your hand. So you look at your hand and are absolutely horrified to discover a spider that has the audacity to be crawling on one of your limbs! I mean, seriously? So you flick him off (with, I must confess, a rather loud shriek!) and as you keep biking along you reflect on the faults of arachnids in general, the chief imperfection of which is picking you to crawl on.
- When Jacob accidentally knocks his [full] cup of water over - right into your lap.
- Starting to speak at the same time someone else does. So you both sort of stop and awkwardly look at each other and you both say, again at the same time, "no, you go".
- When you decide your legs need to look a little less white. So you spread out a towel on the beach (this was while we were on holiday, by the way) and lie down on it in the sun. You have a lovely little sunbathe for a while then you decide to go sit in the shade because you don't want to really burn your legs. However as you get up off your towel you start to notice that your rear end and back are quite wet. And then you touch the towel and discover it is soaking wet. Yes, the sand was very damp. And so was the back of me, for quite a while afterwards.
- Playing I Spy with Jacob. Granted, he has improved dramatically, but when we first used to play it with him it was rather difficult. "I spy with my little eye something beginning with... hmm... E." So we try to guess it. And can't. Eventually we start guessing random stuff. "Vacuum cleaner?" "Yes!"
- Trying to play a piece when you haven't seen it before and most of the orchestra has.
- Jacob looking at himself in the mirror: "Do I look artificial?"
- Mum explaining to Dad just why she's sure he looks like the ancient Egyptian pharoah Tutankhamun. So hilarious.


Awesome:
- Going skydiving!! (I won't dwell on all the details here because I'm busy writing a post all about it to come up later in the week. :) ) Here's a bit of a teaser photo for you. 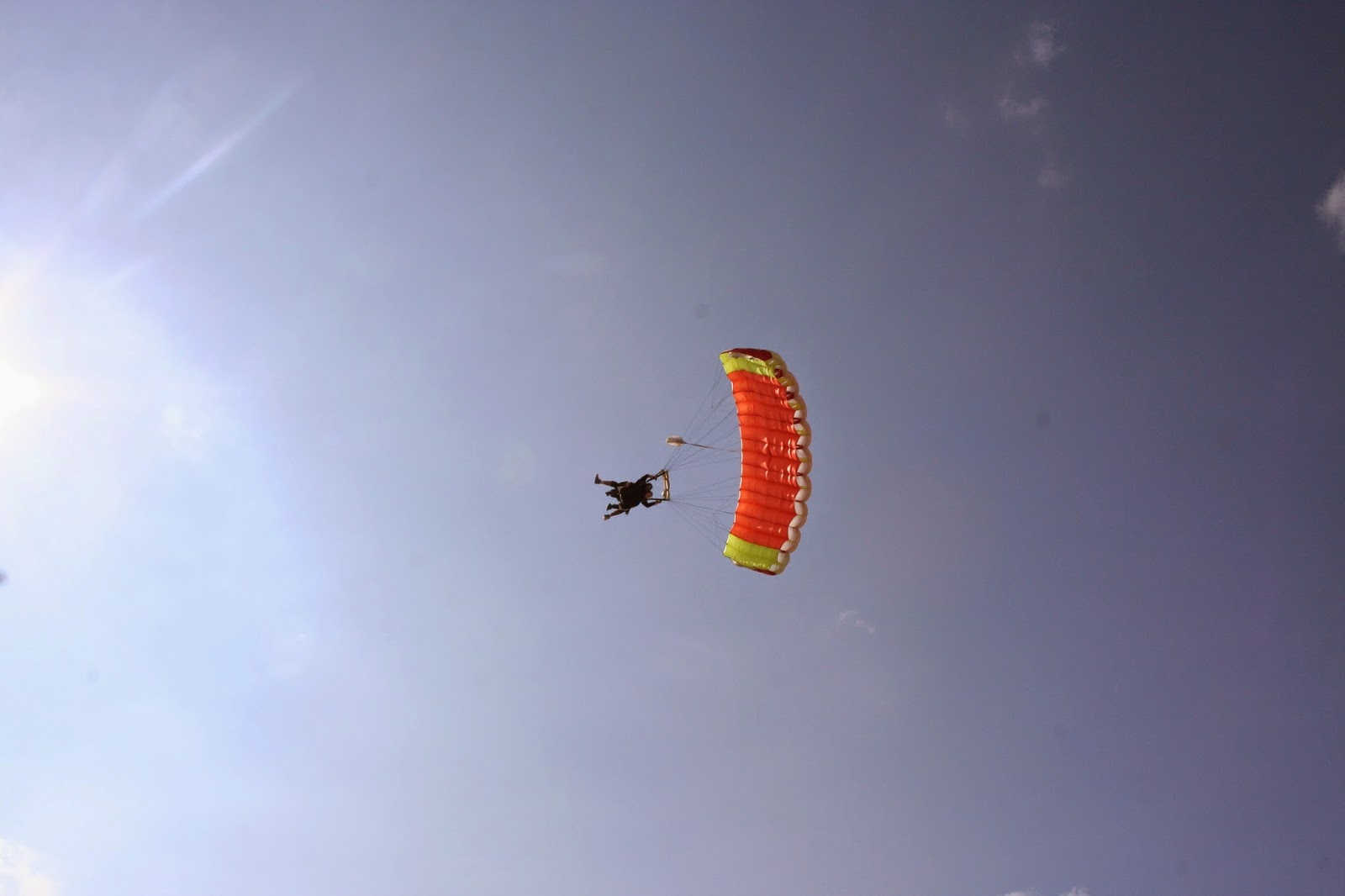 - When you haven't been at work for a while and you come back and get told that some of the regular customers have been asking after you. One customer in particular regards me as her favourite person to make her sandwich. :)
- Lots of chocolate, according to Sophie - and I couldn't agree more.
- Hearing Jana talking! She says (in her cute wee voice) "uh-oh" and "Ma-ma" and "Dad-da".
- Going to the rabbit hutch to feed the rabbit and as you fill up the pellet container you notice the rabbit isn't there. Your heart sort of skips a beat as you remember that time a few months ago, how you discovered the previous rabbit's death by noticing she wasn't in sight. So you go around to the enclosed part of her hutch, worrying that all you'll find will be a dead body. And you open the back door to the hutch and see a very alive rabbit looking at you with a very surprised expression. *Phew*
- Warm cinnamon buns straight out of the oven.
- Names backwards. Don't you think Einnob has a certain ring to it?
- When you write a poem and you just know that it's good and you love it as it is.
- And when you do a drawing and you just know that it's good and you love it as it is. (Neither of those happen often, sadly, but when they do it's awesome!)
- Finding a 'kindred spirit' in someone else, as Anne of Green Gables would say. It is very awesomely exciting.